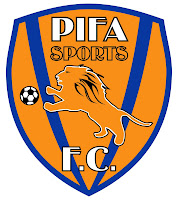 The Premier India Football Academy (PIFA) from Mumbai have announced their list of 28 players including three foreigners for the 2nd Division I-League. They have been registered as PIFA Sports FC with the AIFF for the tournament.

PIFA Sport FC ,earlier known as PIFA Colaba FC, will be playing for the third time in the 2nd Division I-League. The team will be coached by UEFA A licensed coach Faruk Ahmed and the team has signed three African players in Vincent Asuquo (Nigeria), James Phiri (Zimbabwe) and Emmanuel Okoye (Nigeria).

Also in the team is Varin Mehta, who has had a stint with Belgium side Royal Antwerp and is now back in India.