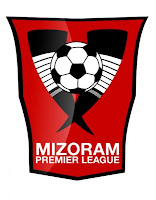 10 rounds have been played of the eight team league with the remaining four rounds to be played from today onwards after an enforced break because of the Santosh Trophy and the 2nd Division I-League.

Meanwhile the Mizoram Premier League Under-17 tournament will start tomorrow in which the eight teams are divided into two groups of four clubs each. The group league matches will be followed by semifinals of the top two teams in each group.