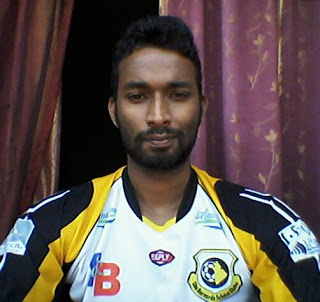 Malaysian Footballer, Stevenson Sundara Segaran will join Share FC from Kalimpong for training and he is also expected to play some matches for the Club. Stevenson has had a stint with a Football Academy in Brazil in 2006 and plays as a midfielder. Last season he had played in the Kuala Lumpur First Division League in Malaysia. He is scheduled to arrive in Kalimpong on March 23.

The ultimate aim for this Malaysian/Tamil footballer for coming to India is to play in the I-League. Though that's not an easy task but Stevenson sounded optimistic.

"I think if I get the right support and the contacts I will be able to play in the I-League and with that in mind I have decided to do some training with Share Football Club, Kalimpong as it will be difficult for me to do the same with any high profile club in India as I am still an unknown footballer there."

Stevenson has also played in the Selangor State League in Malaysia and he is looking forward to being in Kalimpong he said, "I am really looking forward to my training in Kalimpong and I have been told by Share Football Club officials that it is a lovely place, from the football aspect I will train hard and try to contribute my bit towards the club and also help out the players there by sharing my own experience."

Share Football Club General Secretary, Norden M. Lepcha said, "with very limited resources at our disposal we are trying to run our club in a professional manner which is a tough ask, but we are satisfied with what we have achieved in a very short span of about two years. Now Stevenson coming to our club for training shows that we are being viewed by the people as an organized club, We welcome him to our club!"

Stevenson's first match for Share Football Club might be on April 6 when the club will turn out to play in an exhibition match against IIS Football Club. Thailand at Mela Ground in Kalimpong. IIS FC is a team made up of players from Ramkhamhaeng University which is based in Bangkok. This match is being hosted by Share Football Club for the general entertainment of the football loving people of Kalimpong and also to give its footballers that feel of playing with a quality foreign team.
Diposting oleh Unknown di 00.37