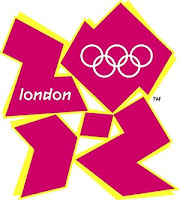 The draw for the second Round of Asian qualifiers for the 2012 London Olympic men's football tournament was held today at the AFC headquarters in Kuala Lumpur. And India have been given a tough draw as our side will have to face Gulf nation Qatar home-and-away on June 19 and June 23.

In the first round India had beaten neighbours Myanmar 3-2 on aggregate in a home-and-away tie. After a convincing 2-1 home win in Pune, India drew away to Myanmar in Yangoon one-all through a 90th minute strike from forward C.S. Sabeeth. But now a stronger opponent awaits the India Under-23 team. One hopes that the Indian Arrows boys with the exposure in international games and the I-League plus addition to the squad of some older boys will enable us to challenge Qatar. A win and moving into the group stage would be a big boast for Indian football.

Overall Asia has been allotted 3,5 slots for the 2012 London Olympics. The 12 winners from Round 2 will be divided into three groups of four teams each in the third round. Again, a home-and-away format from September 21, 2011, to March 14, 2012, will determine the winners who will represent the continent in the Olympics.

The three second-placed teams from the third round will clash in a playoff at a centralised venue from March 25 to 29, 2012, and the winners of this group will meet an African representatives for a berth at the Olympics.