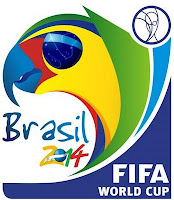 The draw for the first and second round of Asian qualifiers for the 2014 FIFA World Cup in Brazil was carried out today at the AFC headquarters in Kuala Lumpur. Unlike last time India has been given a first round bye, but in Round 2 they will have to face the United Arab Emirates first away in the UAE on July 23 and then at home on July 28.

A tough fixture for India to take on the UAE, who are currently 111th in the FIFA World rankings. In their last friendly in November 2010 the UAE had trashed India 5-0, but there are good memories for India as they had beaten the UAE on April 8, 2001 in Bangalore 1-0 in a 2002 FIFA World Cup qualifier, but draws against Yemen halted India's progress.

One will have to see if Bob Houghton will be still India coach in July, but if he is then Bob will bring back some of the senior players that he rested in last weeks 2012 AFC Challenge Cup qualifiers plus keep some of the younger players.

Before the 15 winners from the second round will join the top five direct entrants (Japan, South Korea, North Korea, Australia, Bahrain) in the third round where they will be divided into five groups of four teams each.

Round 1
Malaysia vs. Chinese Taipei
Bangladesh vs. Pakistan
Cambodia vs. Laos
Sri Lanka vs. Philippines
Afghanistan vs. Palestine
Vietnam vs. Macau
Nepal vs. Timor Leste
Mongolia vs. Myanmar