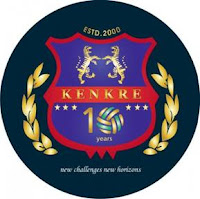 Mumbai's Kenkre Football Club will organise a 'Coach the Coaches' course with renowned youth coaches instructor Horst Wein from April 22 to 24 at their Goans Sports Ground facility in Churchgate. The course is open to youth coaches from across India, who would have to pay a course fee of Rs. 4,000 which includes coaching material, books, CD's and more. The participants would get a course certificate at the end and as there are limited number of seats, the course is on a first come, first serve basis.

The main theme of the course will be 'Game Intelligence' something which Horst Wein has been preaching around the world as he says developing game intelligence in children is crucial to make them better football players. A key element in modern day football with the game getting more and more complex.

Horst Wein has authored over 34 football books and works closely in developing football in many of the top European countries besides often visiting south and central America for coaches education.

This would be Horst's second visit to India after visiting the Kenkre Football Academy in November last year, where Horst got a first hand feel of youth football in India and Kenkre got to see what Horst's methods are all about. It is surely a useful course for coaches willing to learn more on how to train kids!
Diposting oleh Unknown di 23.00