Bob Houghton is back in India! 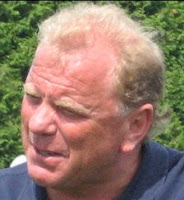 With the All India Football Federation looking at legal ways to get rid of national coach Bob Houghton, the Englishman returned to India from a break in South Africa to restart his work with the contract running until 2013 till now not terminated by the federation. Bob made a quite return to Goa without talking to the media to not throw more oil into the fire.

Interesting to note is that Bob was supposed to only return on Saturday, but came a few days earlier on Wednesday to start his preparations early on and off the field.

The next assignment for Bob Houghton and the Indian national team are the qualifiers for the 2012 AFC Challenge Cup. They will be held from March 21 to 25 in Kuala Lumpur with opponents being Turkmenistan, Pakistan and Chinese Taipei. And with Bob deciding to rest many senior players, a large group of 44 players have been called-up for the selection camp for which date and venue haven't been announced.

Bob is said to be considering of travelling with the Indian Under-23 team to Myanmar capital Yangoon for their Pre-Olympic return-leg qualifier to have a look at our youngsters ahead of his own training camp.
Diposting oleh Unknown di 07.42