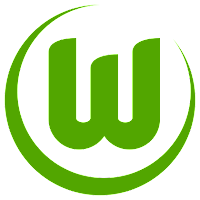 The coaches merry-go round in the German Bundesliga reached a new climax after rumours came out last night that Felix Magath could make a shock return to former club VfL Wolfsburg. And today that rumour was confirmed by the north German club who are funded and supported by car giants Volkswagen, but are fighting against relegation this season.

The club in a simple statement said, "VfL Wolfsburg has hired Felix Magath as director of sport and coach. The official presentation will take place on Friday at midday."

Struggling Wolfsburg could never recover from their 2008/09 Bundesliga championship season under Magath. Thereafter coaches Armin Veh, Steve McClaren and stand-in Pierre Littbarski all failed and the Wolves are now second from bottom in a very tight relegation battle.

With the surprise appointment of 57 year old Magath the club will hope that the champion coach can steady the ship before rebuilding the club and squad next season. Magath has signed a contract until 2013 and sports manager Dieter Hoeness would also have to leave the club with all powers back to Magath, who only had been sacked at Schalke on Wednesday after differences with the board.
Diposting oleh Unknown di 05.06