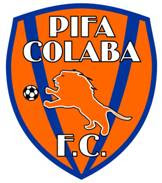 The PIFA management has decided to send a 21 player squad to Madurai with PIFA director Nirvan Shah as the teams coach and Sudhakar Rane as manager. But for PIFA their group is a tough one with Aryan Club and Vasco the favourites to go through.

PIFA Colaba FC was formed in the year 2006. It started in the MDFA Senior Division 2006/07. The team achieved promotion in their first year from 'Senior' to 'Super' in 2007/08. In the following season 2008/09 the team was promoted to the 'Elite' Division, which made it two consecutive promotions in 2 years. The team has successfully plied its trade in the 'Elite' Division ever since. In the 2010/11 season PIFA Colaba FC finished in the top 3 of the Maharashtra League, which gave them the rights for a place in the 2nd Division I-League.