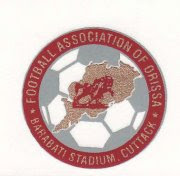 The only goal of the match was scored by Himansu Majhi for Odisha Police in the 70th minute against Jobra Durga Club.

The chief guest was Odisha Minister of Sports & Youth Services Ramesh Ch. Majhi, while Asirbad Behera was present as the Guest of Honour. MLA Debashish Samantray as president of the FAO presided over the proceedings.