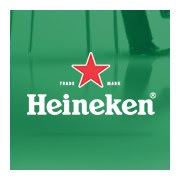 International beer brand Heineken is giving one lucky football fan from India the chance to report LIVE from the 2013 UEFA Champions League Final at Wembley in London with Mumbai's Akhil Shah the chosen one.

Heineken, one of the world's leading premium beer brands, was looking to offer an important assignment to one lucky football fan from India - a chance to be 'Heineken's Social Reporter', and report live from the upcoming UEFA CHAMPIONS LEAGUE FINAL on May 25, 2013.

Akhil Shah was selected from over 400 applications received on the brand's Facebook app. Then the final 15 applicants went through a three-stage selection process both online and offline to assess their football knowledge and passion, apart from other softer attributes and personality traits. At an event held in New Delhi last week, the newly appointed social reporter Akhil was asked to interview the captain of the Indian football team, Sunil Chhetri as his first 'Heineken Social Reporter' assignment.

Heineken India was looking to recruit a 'Man of The World' from India, to live the Heineken Experience and report on it. The attempt is to recruit a lucky football fan, who is digitally and socially savvy, creative, witty, passionate and eager, to report on the UEFA Champions League Final weekend for Heineken's Social Media channels in India. The initiative is an extension of the brand's global campaign THE CANDIDATE, and one of the initiatives as part of Heineken's activation of the UEFA Champions League sponsorship in India.

To join the search, interested fans will go through an online and offline selection process, with the first step starting on Heineken's Facebook page under www.facebook.com/heineken .

Speaking on this exciting initiative, Samar Singh Sheikhawat, Senior Vice-President Marketing, United Breweries Limited, said, "Given the growing fan following that European football now enjoys in India, we decided to leverage our global partnership in India for the first time this year with a multi-pronged activation program. We expect the campaign to make the brand more salient and desirable among young Indian consumers by leveraging a sport that they are increasingly relating to favourably."
Diposting oleh Unknown di 05.32