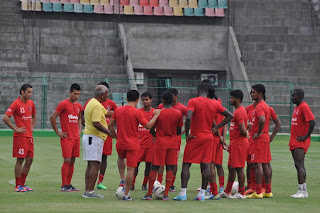 Relegation fighting Mohun Bagan AC host I-League leaders Churchill Brothers SC tomorrow afternoon at the Kalyani Municipal Stadium in a match which is crucial for both sides with their different ambitions, the green-and-maroon want to stay in the league while the Red Machines look to regain the title.

And with three matches remaining for Churchill Brothers, they twice will face Mohun Bagan - tomorrow and then the postponed tie at home on May 7 - before they know their fate; while Mohun Bagan have five matches to play before the end of the season.

"This match is very crucial for us. We have to keep the winning momentum to ensure more points and our survival in the tournament," Mohun Bagan coach Karim Bencherifa said ahead of his team's meeting with the Goa giants. Mohun Bagan have won four and drawn one in their last five appearances in a good run of form without which relegation would have been certain. 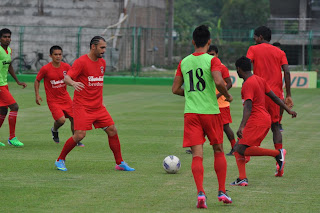 "A win tomorrow will be a big step towards ensuring our ejection from the relegation zone," Karim said looking at Mohun Bagan's position in the league standings. Mohun Bagan are currently placed 12th with 22 points from 21 matches.

"We will be missing defender Celestine Anyichie because of suspension. We play as a team and will find the right replacement. We hope to put up a good performance as there are no major injury worries," Karim said. "Churchill Brothers have a good lead and enjoy a good chance of winning the title. We have to stick to our objective and play our own game to keep our successful form intact," Karim added.

But Churchill Brothers have arrived in Kolkata without the injured midfielders Bikramjit Singh and Tomba Singh while their goalkeeper Felix D'Souza has a thigh injury and Brazilian playmaker Roberto Mendes Silva (Beto) is also recovering from an injury but he practiced with the team. 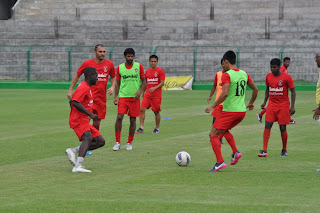 "We will take a call on Beto tomorrow before the match. The rest of the team is fine and we will play for full points to better the chances of winning the title," Churchill Brothers technical director Subhas Bhowmick said. Churchill Brothers are top of the I-League with 48 points from 23 matches.

But Bhowmick knows what to expect from Mohun Bagan. "Their strikers Tolgay (Ozbey) and Odafe (Onyeka Okolie) are in good form and that has helped the team do well in the last few rounds. So the pressure will be on us as we have to maintain the top position in the league table and get closer to title."

A lot is at stake for both sides, so a great Sunday afternoon match can be expected.
Diposting oleh Unknown di 12.57