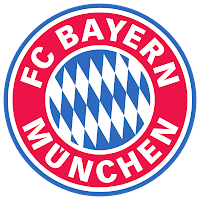 In a sensational transfer in the Bundesliga 20 year old German international Mario Götze will be leaving Borussia Dortmund in the summer to join rivals FC Bayern Munich for a fixed transfer fee of 37 Million Euros.

German tabloid Bild reported in the early hours of today the sensational Mario Götze transfer. The timing couldn't have been worse with both clubs playing Spanish sides in the Champions League semifinals, but especially in Dortmund everyone is in a state of shock and disbelieve.

German international Mario Götze is regarded as the new Lionel Messi and the next big superstar of world football. Götze is the most gifted current German footballer; he is an instinct footballer and rather short at 5foot9inch, but technically incredibly gifted, with exceptional positional sense and an eye for situations.

The future Bayern Munich coach Pep Guardiola wanted Götze to join the Bavarian giants and made Götze his first real signing at FC Bayern and regards him to be the next Messi. Added pressure for Götze, but tomorrow night he can show if he still is a star in the making or already is one to challenge Messi and Cristiano Ronaldo.

Mario Götze has been a Borussia Dortmund player since the age of nine though he is born in Memmingen, which is only about 120 kilometres away from Munich. The Götze family moved to western Germany when Mario was only six after his father became a professor at the Dortmund University.

In Dortmund Götze is considered as one of their own like other players in Marcel Schmelzer or the trio of Marco Reus, Nuri Sahin and Kevin Grosskreutz, who played in-between for other sides, but came back to BVB.

Many Dortmund fans thought that Götze, who is still only 20, would never leave the club and play for them until the end of his career. Many in and around Dortmund thought the Mario Götze to Bayern Munich transfer was a delayed April’s fool prank, but it is true and many Dortmund fans cannot believe that their beloved Mario is leaving for the hated Bavarians.
Diposting oleh Unknown di 10.47