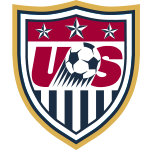 53 year old Allahabad-born Sunil Gulati, who is the United States Soccer Federation president, has been elected to the FIFA Executive Committee on a four year term as a CONCACAF representative.

Indian origin Sunil Gulati won a close contest 18-17 against Mexican Football President Justino Compean in a balloting at the Congress of North and Central American and Caribbean Football (CONCACAF) in Panama City on Friday.

"The game is growing tremendously in our region both on and off the field, and I hope to do my part to continue to expand the development of the game for both CONCACAF and FIFA," Sunil Gulati said in a USSF statement.

Gulati was elected to a four-year term and will join football's 25-member ruling body at the FIFA Congress on May 30/31 in Mauritius. Gulati takes the seat of fellow American Chuck Blazer, who had held the post since 1997.

Because of his new post, Gulati had to step down from the CONCACAF Executive Committee and was replaced by Canada’s Victor Montagliani.