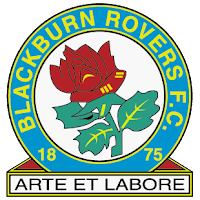 Struggling English Championship side Blackburn Rovers yesterday fired 37 year old manager Michael Appleton after only 15 matches and 67 days in-charge at Ewood Park, making him the third casualty at the club this season.

Reserve team coach Gary Bowyer has now been named manager until the end of the season with the club in 18th position and just four points above the relegation zone with another battle against relegation looking likely.

A statement on the Blackburn Rovers website read, "Blackburn Rovers FC can confirm that Michael Appleton has been relieved of his duties as manager along with assistant manager Ashley Westwood, first team coach Darren Moore and head of senior recruitment Luke Dowling."

The Indian owners of the Lancashire club, the Venky's, have come in for continued criticism since their takeover of the former English Premier League champions and their handling of the day to day affairs at the club.

The club had started the season under Scotsman Steve Kean, an unpopular manager, but at the time Rovers were sixth in the Championship. After a spell under first interim manager Eric Black in came former Blackburn legend Norwegian Henning Berg but he was out of the job after only 10 matches and 57 days before another caretaker manager in Reserve team coach Gary Bowyer and then came in Appleton, who also didn't last until the end of the season.

For Appleton Blackburn had been his third club of the season after having started with League One strugglers FC Portsmouth, then joining FC Blackpool before coming to Blackburn Rovers in January.
Diposting oleh Unknown di 23.25